A Day Full of Intense Emotions with Vincent and Pablo

I started the day by walking from my hotel in Saint Remy to the Saint-Paul-de-Mausole Hospital on the edge of town. It was a short distance, but it was a long journey. I have thought about visiting this place for some time and I have known it would be powerful. This was the asylum that Vincent Van Gogh committed himself to after the ear incident in Arles.

Many of you know I am a huge fan of his and that I am frustrated with the “facts” that are incessantly reported about him, most of which are untrue. One of those stories might give one the impression he was committed here when he actually came of his own accord to rest and gather himself. He actually commented to his brother Theo in a letter that it was cheaper than an Inn. I know it was a tough time in his life and when I turned the corner to the driveway and I saw those buildings ahead I was overcome. 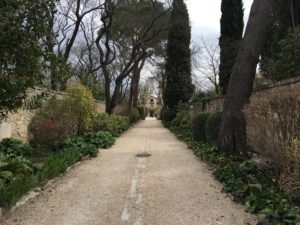 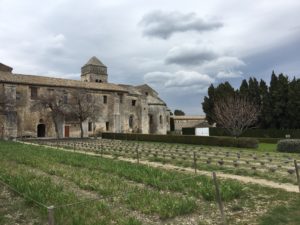 My emotions come from an awareness of a tremendous sense of injustice. Vincent Van Gogh is directly responsible for bringing joy to millions of people in this world. Even in the worst of times he has been known to comfort us. No one I have ever been aware of has done so much for so many and yet experienced so little happiness in their own life. It is not fair and that is what makes me cry. 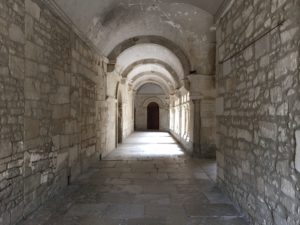 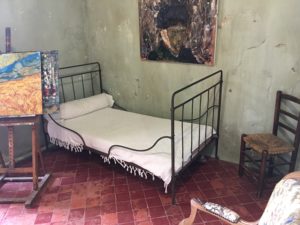 He arrived here in May of 1889 where he was given a room and a studio. Vincent was the only patient who was allowed to go outside the building so he could paint and he created about 100 drawings and over 150 paintings in and around the institution that year including “Irises”, “Wheatfield with Reaper” and his most famous work, “Starry Night”. He was released in May of 1890 and he left for Auvers for what were to be, the last two months of his life. I will be there in a couple of weeks to visit his grave and continue the story.

I walked back to my car near my hotel and headed out for the short trip to Arles. I wanted to know more about Vincents time in the south. I took the scenic route over the limestone hills to the south of Saint Remy. Mainly because I wanted to visit the “Carrieres de Lumieres” in the old limestone quarry in Les Baux de Provence. It was recommended by friends and it was an incredible experience that brought me from the the sadness of the asylum to pure joy. 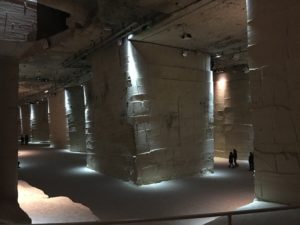 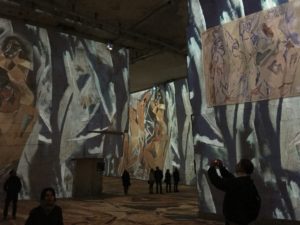 Some friends said I should see this, but I would add that you should listen to me when I tell you if you are ever anywhere near this place you should go. The part that is hard to describe is the incredible music in this show in this huge underground limestone quarry. There were two presentations. The main show featured art by Picasso accompanied by Opera and Classical music and the second was a great surprise. “Flower Power” with Sargent Pepper like images and music including the Beatles, the Stones and Jimmy Hendrix. Every year they feature a different artist.

Drugs are not allowed here. It is not because they are against their use, but because they afraid that when they asked you to leave, you would act like that screaming, crying child that the mother is trying to drag away from the circus. 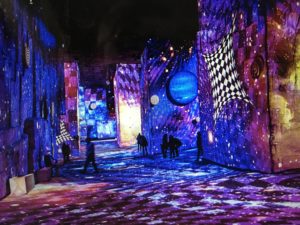 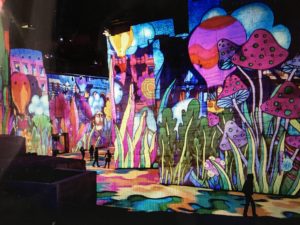 I headed down the mountain on the 28 km drive to Arles and the site of the “Yellow House” that Vincent shared with Gauguin. I also was anxious to see the famous Cafe in “Terrace of a Cafe at Night” he painted there. All things considered, that was not a terrible time for Vincent, well at least until that ear incident during the fight they had after Gauguin announced he was leaving Vincent alone and going back to Paris. 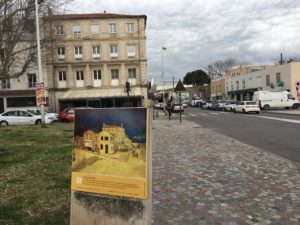 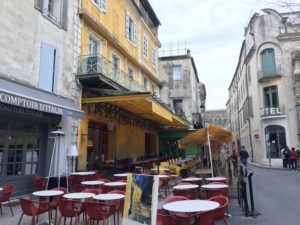 Vincent arrived in Arles on February 20 of 1888 after spending two years in Paris. He stayed there a little over a year until he moved to the asylum in Saint Remy May of 1889. Many people feel that his time in Arles was his most creative period in his short 10 year career. He was able to finish over 187 paintings here and they are some of his most memorable. I will leave you with a few as I head back to Saint Remy to pack for the one hour drive to Aix and the land of Cezanne and Mont-Sainte Victoire. (sorry, no “Sunflowers” or “Yellow house” because no pictures are allowed in the Van Gogh Museum in Amsterdam and please try to ignore the frames used in the Kroller-Muller Museum) 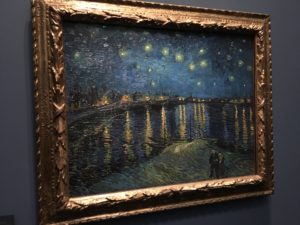 “Starry Night over the Rhone” 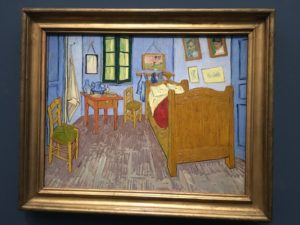 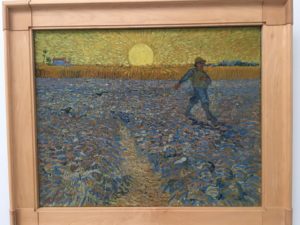 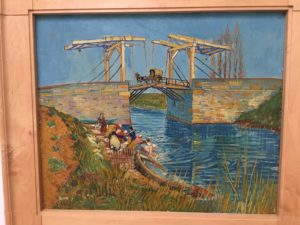 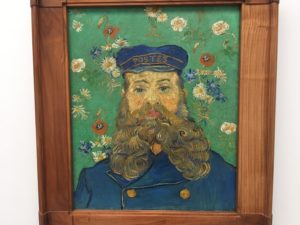 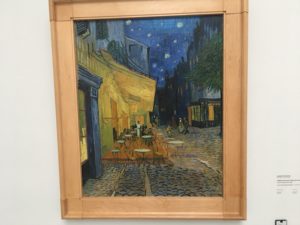 “Terrace of a Cafe at Night”