I arrived in Brussels at 9:30 AM this morning. That meant It was 1:30 AM in Santa Fe and I had been flying and exploring airport food courts for about 18 hours. My Santa Fe mind and body were telling me it was past my bedtime and that bed in the Warwick Hotel was calling me, but my common sense was telling me that it was 9:30 AM and time for breakfast and a “walk-about”.  I knew that if I succumbed to that idea of taking a short nap, I would be waking up from that nap 8-10 hours later in the early evening having made no progress toward adjusting to my new environment. 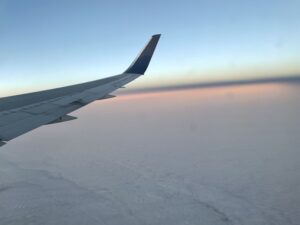 Sunrise over the North Atlantic 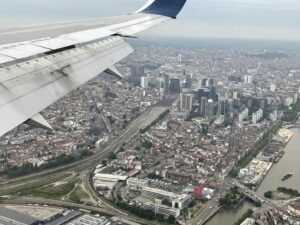 I fought the desire to lay my body down and sleep with a large gourmet double expresso coffee laced with Belgium chocolate. It seemed the best “Mocha” ever, but maybe it was because the chocolate was made in Belgium and I was consuming it in Brussels. The two block long Galeries Royales Saint-Hubert added to the moment with its waves of smells of coffee, chocolate and Belgium waffles. You’ll have to trust me, but underneath those mounds of sweetness laden with fruit, whipped cream, chocolate and sometimes ice cream there is, in fact, a Belgium waffle. 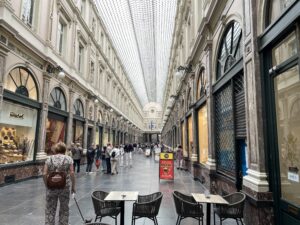 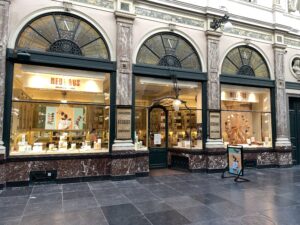 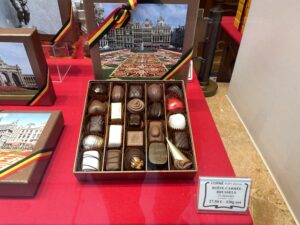 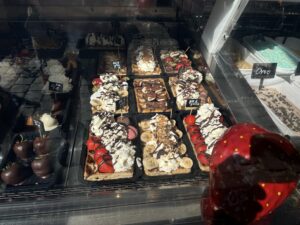 Nearby is the “Grand Place”. This beautiful square full of 17th century buildings is one of the most beautiful squares in the world and it is, understandably, a World Heritage site. Many of these buildings were “Guild Houses” or headquarters and meeting houses for the guilds of Belgium. Somewhat compared to a Carpenter or Pipe Fitters Union hall  of recent US history. My favorite is the Butcher’s Guild Building with the Swan on the front. Why the Swan you wonder, because in the 17th century one of the most elegant dinners you could serve was roast Swan. 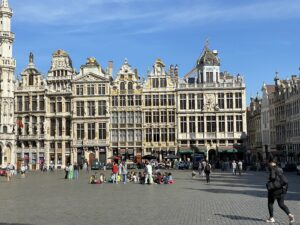 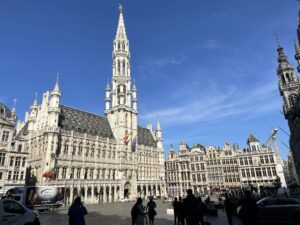 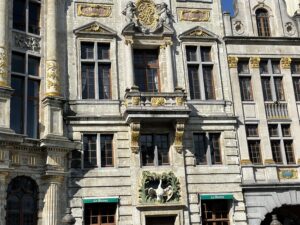 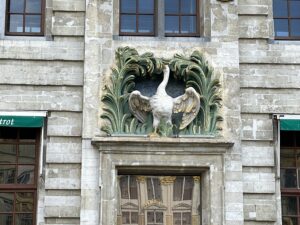 It’s noon here and I am heading out to BRAFA, the great annual art fair here in Brussels and I promise I will tell you all about it. More later…